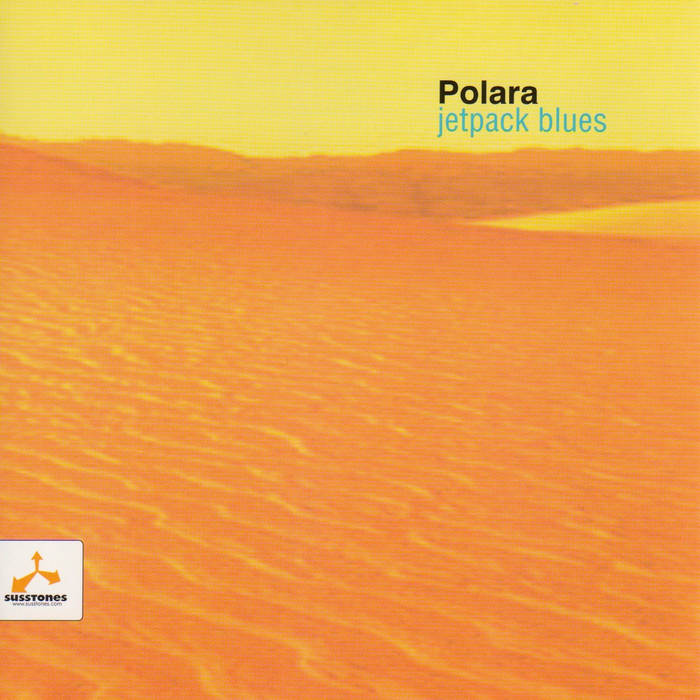 After releasing three albums on Interscope, and an abortive new deal with the legendary Chris Blackwell (Island/Palm Pictures), Polara had spent almost eight years inside the major label alternative rock machine. Weary of the slow-motion world of the big labels, the band stuck out on its own, forming the Susstones cooperative label and taking the means of production into its own hands.

Jetpack Blues is certainly the most complex and epic of all Polara albums, with the band's trademark short, sharp pop tunes bathed in labyrinthine layers of psychedelic texture. At a time when this was a relative rarity in rock music, Polara integrated electronic, computer-based, and analog elements into a futuristic vision that summed up the band's many influences and ambitions. Standout tracks "Is This It", "Can't Get Over You", "Wig On", and the title track were all centerpieces of the band's massive live sets of the time. The album was a certified local hit, selling as well in the midwest as any of the band's previous records even without major label backing. Unfortunately, lack of business and management infrastructure led to the band only doing scattered national touring behind the record, so it never got the exposure it deserved across the country.

Pitchfork's review of the album predicted "when this kind of stuff has its renaissance fifteen years from now, your kids'll love it". Now is just about the time to rediscover this milestone album from Polara.

A Susstones Product ©2002 all rights reserved.

Bandcamp Daily  your guide to the world of Bandcamp

Featuring Gary Bartz, 5 years of Rhythm Section Intl and an LP of the week by Nicolas Jaar